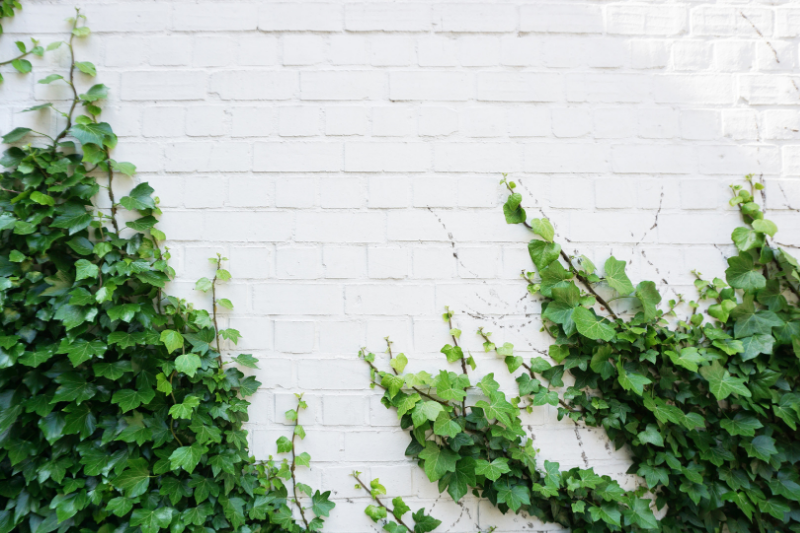 While there may be more risk expanding into the unknown of adjacent markets, there are also great rewards to be found if you can pull it off.

James Allen and Chris Zook of Bain & Company spent a lot of time researching companies that attempted such an expansion. Some succeeded consistently, others were hit or miss, and still others failed entirely. After examining companies’ expansion attempts, Allen and Zook established some guiding principles for moving into adjacent markets, as outlined in this Harvard Business Review article.

By following in the footsteps of the most successful companies, you too can move boldly into new markets that will allow you to capture more customers and greater revenues. Here, we’ll walk you through what we have seen work, as it relates to the key elements to building a successful expansion into nearby markets outlined in the HBR article. The ability to enter into adjacent markets is a key variable behind our Growth Mindset Assessment, which predicts your ability to rapidly accelerate your company’s sales growth.

Let’s start with the obvious: Not all businesses can expand into all markets. If you’re a children’s book publisher, it might make sense to move into adult literature. However, a move into the snow tire business would be ridiculous.

Of course, that’s an extreme example of what does and doesn’t constitute an adjacent. Usually, there’s more grey area. For that same children’s book publisher, would it make sense for them to expand into children’s magazines? That’s less obvious.

Allen and Zook took a look at 181 different companies and discovered that there were six types of adjacency moves that were regularly most successful.

All businesses operate along some type of value chain. From suppliers to distributors to marketing and sales, your business is somewhere along the chain from the source to the consumer. Moving up or down the value chain is about identifying ways to take over more of the processes along the line.

Let’s say you run a successful chicken farming operation. Can you begin to grow your own feed to eliminate the need for suppliers? Or maybe you can expand into the logistics business and deliver your own product.

Of course, moves like this are difficult to pull off. When you’re moving up or down the value chain, you need to consider a whole new host of logistical issues and often have to invest in new infrastructure, technology, labor, or all of the above. Not to mention the risk you take in upsetting your key suppliers or customers once you start competing with them.

Businesses make moves into new products and services often. Once you understand your ideal customers (or as we like to call them, your whales) and know what makes them tick, you can begin to develop new offerings that speak to their needs.

Consider Lyft’s move into the biking space. In New York City, they’ve partnered with the bike-sharing system Citibike. It’s now possible to rent Citibikes through the Lyft app. Lyft knows their customers are looking for a way to get from point A to point B, so they’re providing them another (environmentally-friendly!) way to do so.

Are there more ways for you to reach customers? Businesses who have defined themselves narrowly in the past have the opportunity to change their positioning and expand into new distribution channels.

Take Starbucks’ move into packaged goods as an example. While they originally offered Frappuccinos as a made-to-order blended drink in their cafés, they expanded to sell bottled Frappuccinos in grocery stores in 1996.

This new distribution channel introduced those drinks, and the Starbucks brand, to a whole new audience. And as we know, things have worked out pretty well for Starbucks.

You’ve got the basics of running your business in one region or country down pat. How about expanding into another geographical area?

Businesses often focus on geographic expansion because it eliminates some of the unknowns that come with other adjacencies. While there are, of course, regulatory (and perhaps cultural) hurdles to consider, it’s often easy to take the process you’ve already established in one location, find similar consumers elsewhere, and repeat your approach in this new area.

You already have products or services that are working great for your existing customers, but are there others who might benefit from what you’re doing? Take the Sterling Woods Group as an example.

While we started with a focus on the media industry, we always realized the immense value that understanding data and harnessing it to drive organic growth can bring to any business. So we’ve expanded into broader B2B and B2C markets, and even partner with PE professionals who are looking to strengthen the businesses in their portfolios.

6. Move Into the White Space

What unmet needs are present in your industry, and what could you do to meet them? This is by far the trickiest type of expansion to achieve, but it can generate incredible results.

American Airlines partnered with IBM to create the Sabre reservation system. In doing so, they created a platform that’s worth more today than the airline that helped create it.

Of course, the danger here is when you think a need is unmet, and the market (or powers that be) disagree. Look no further than Facebook’s struggles to get their cryptocurrency Libra off the ground for an example of the difficulties that come with moving into the white space.

Turn to Customer Data to Create Your Plan

In looking through that list of types of adjacent moves, perhaps you’ve found one that’s caught your eye. Thinking about your current business model, it seems doable. And you’d like to explore the possibility further.

The first step is to examine your customer data. By unifying your customer data, you can come to a deeper understanding of your existing customers and the market you’re currently operating in. Once you understand where you currently stand, it’s easier to formulate a plan to expand into nearby markets.

When it comes to developing your expansion plan, it pays to be methodical. Expanding beyond your core business will add levels of complexity to your business. If you’re running around chasing after opportunities that don’t really matter and putting out unexpected fires here, there, and everywhere, you’ll quickly lose control of your plan.

Instead, take the time to develop a step-by-step approach to your expansion. Bring all of the relevant leaders and teams into discussions. Make sure that everyone knows the big picture and their role within it. It helps to put together a process document that outlines the set steps. That way, no one feels tempted to move ahead to things that should come later.

Expanding into new markets involves a lot of moving parts; you may need to do things like build new relationships with vendors, get regulatory approval, establish a clear supply chain, become familiar with new technology you’ll need to power your expansion, pique consumer interest, and begin the sales process with a whole new audience.

Of course, it doesn’t make sense to begin talking to prospects if you don’t yet have approval to operate in your new market. There is a sequential order to any expansion. Jumping the gun on any one step can create chaos and doom the project.

In their article, Allen and Zook cite Nike as a golden example of smart, methodical expansion into a new market. While Nike already dominated in other sporting equipment arenas, in 1995 they decided to expand into the golf market.

They began by introducing golf shoes. Shoes were already their bread-and-butter in other sporting markets, so it was an easy enough leap to make.

From there, they launched an entire clothing line. The launch was backed by one of the biggest names in the game (which, at the time, was Tiger Woods). Once they’d gotten their footing with the clothing line, establishing distribution channels and suppliers, then they moved into selling the big-ticket items: golf irons and drivers.

So you’ve used customer data to create a plan for your expansion, and after lots of hard work, you’ve pulled it off! You might feel tempted to expand into another adjacent, since your first attempt was so successful. And there’s nothing wrong with that; just don’t feel compelled to reinvent the wheel.

If you’ve found a formula that works for you, don’t mess with success. In their article, Allen and Zook present Reebok’s attempts at expansion as a cautionary tale because they represent such a stark contrast to Nike’s wild success.

Reebok expanded into other markets, but there was never a clear throughline to their moves. They started out, much like Nike, as a retailer of sporting apparel, with a particular emphasis on shoes. But while Nike took their methodical approach to expansion, Reebok reached out and grabbed at any vaguely sports-related effort they could touch.

Reebok first purchased the Ralph Lauren and Polo footwear brands, perhaps indicating that they were going to take a more fashion-forward approach to their sportswear. But then they made the confusing move of purchasing the Boston Whaler boating company. While Reebok floundered, Nike dominated and left Reebok in the dust.

Adhering to your successful formula will help in a number of ways. First, it makes the evaluation process easier. As you consider a new expansion, ask if it’s one that you can easily plug into your existing model. If not, reconsider the opportunity.

Second, it reduces complexity and increases your speed. You’ve already done it once, so you know where the potential pitfalls lie. The second or third time around, you can dodge them more nimbly and get to the finish line faster.

This leads us to the final benefit: It allows you to improve your processes constantly. You know we love data, so we hope you’re tracking the results of every expansion effort you’re undertaking. Might we suggest you create a dashboard to do just that? The beauty of testing and experimenting is that you can refine your process more and more each time.

Expanding into adjacent markets represents an exciting opportunity for businesses looking to grow their reach and strengthen their revenue. Start by doing your research and creating a clear map to reach the finish line. By proceeding cleanly from one step to the next, you can ensure a smooth and successful expansion into new worlds for your business.

How the Success of Boeing’s 787 Applies to Digital Media

Quantity versus Quality Leads: The Age-Old Sales and Marketing Debate

The Digital Superfecta: 4 Things You Need to Get Right