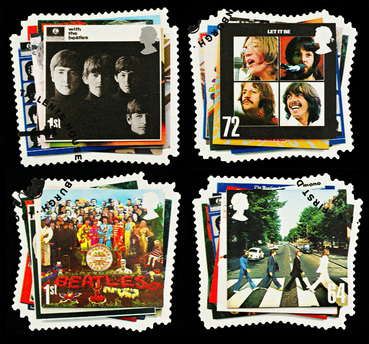 Apple podcasts Google podcasts Spotify Stitcher RSS
On Sunday night, we saw Paul McCartney perform at Fenway Park – what an amazing show. Paul can still entertain a crowd – and you can’t go wrong by throwing in some pyrotechnics and a guest appearance from the Patriots’ Rob Gronkowski, who danced along to Helter Skelter.

Before the show, my brother-in-law reminded me of the story behind Paul’s collaboration with Kayne West last year. That partnership highlighted the fact that many young people don’t know who Paul or The Beatles are. Check out these actual Tweets in response to the McCartney – West alliance:

“I don’t know who Paul McCartney is, but Kanye is going to give this man a career w/ this new song”

“Kanye has a great ear for talent. This Paul McCartney guy is gonna be huge

At first glance, this story supports those who have argued that The Beatles (and their representatives) were too late to the digital game, and therefore left money on the table.

There are some glaringly obvious problems that arise from waiting too long to adopt new distribution platforms. By ignoring the trends and not finding a way to build revenue streams around new platforms and technologies, you become more prone to piracy and bootlegging. You invite new forms of competition to take your spot. For example, while The Beatles abstained from digital distribution, cover bands were making a fortune with their music online.

However, I’d argue they knew what they were doing. They understood that their core audience had not yet made the transition to digital. Once they felt comfortable that their target market was ready for digital products, they made the shift.

The Beatles dominated iTunes once they released their catalog; they sold two million songs in the first week, and as a result carried the entire music industry to rare year over year growth. Abbey Road is still number three on the iTunes rock albums list. Their greatest hits ‘1’ album still sells 1,000 copies per week, fifteen years after release.

Furthermore, The Beatles likely helped some baby boomers make the shift to digital. If baby boomers are your target demographic, the fact that The Beatles were not on the forefront of the digital shift is not an excuse to stop pursuing the digital transformation of your business. A Pew Research Center study found the majority of “young boomers” are on Facebook, 59% of them have a smartphone, and 83% use the internet. The path is clear for you.

Besides teaching us that engaged consumers will pay for good content when it’s made available digitally, here are five more ideas that came to mind as I was taking in the creative genius that is Sir Paul McCartney.

1. Put emotion into your content.
Beatles lyrics contain clear and simple emotional triggers. “Love.” “Connection.” “Peace.” “Freedom.” We’re not drawn in solely by the technical musical talent – the words mean something to us.

Unfortunately, too much content today focuses on the technical and tangible, not the emotive. Tap into the other half of your audience’s brain by layering in a feeling to your content, whether it be text, audio, or video.

2. Produce once, monetize multiple ways.
Think about all the ways The Beatles have monetized their content – records, tapes, CD, digital music, concerts, products, video games, licensing deals (including charging the producers of Mad Men $250,000 for the rights to use the song “Tomorrow Never Knows” in a 2012 episode of the show). What are other ways you can monetize the content you already own?

3. Don’t undermine the value of your content.
The Beatles never gave stuff away for free. This reinforced the value of the content. While all content creators need to reserve some of their product for content marketing purposes, giving too much away for free in the name of “building an audience” makes it very difficult to start charging once you achieve critical mass. To avoid consumer confusion, have clear rules for what is free, what is promotional content, and what is premium media for paying customers only.

4. Keep creativity fresh by pursuing outside passions.
The Beatles all had outside inspirations that they brought back to their music. McCartney was into drama and poetry. Harrison learned the sitar and non-Western music. Lennon studied the music of contemporaries such as Brian Wilson and Bob Dylan.

Content marketing expert Joe Pulizzi talks about how he gets some of his best thoughts and motivations from reading non-business books. (P.S. If you are looking for a business book to put into the mix, I highly recommend his Content Inc.).

It’s tough to step out of the day to day of spreadsheets, processes, and deadlines, but it’s important to find outside inspiration so our creativity does not atrophy.

5. Build a diversified team.
Steve Jobs is known for admiring The Beatles. He once said:

“My model for business is The Beatles. They were four guys who kept each other’s kind of negative tendencies in check. They balanced each other and the total was greater than the sum of the parts. That’s how I see business: great things in business are never done by one person, they’re done by a team of people.”

Growing the Base
There is a lot to learn from studying The Beatles. While they have figured out how to monetize their content digitally with their core audience, there will come a time when they will need to think about appealing to new audiences. Part of that will require an understanding of the digital preferences of potential markets.

What would Kanye’s fans Tweet about your brand if you were to collaborate with him?