Medium Is Fixing the Broken Ad Model: An Interview with Caitlin Roman 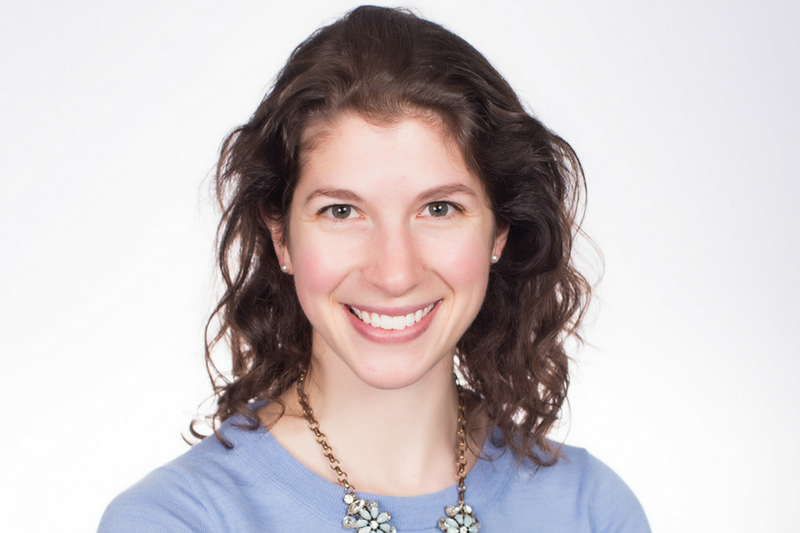 Digital advertising isn’t inherently bad, but it does support tech giants more than niche publishers. The vast majority of publishers will find that monetizing content directly with the reader is a more lucrative approach to building digital revenues.

In March, Williams announced Medium would do its part to rethink the publishing model, launching a membership program designed to offer subscribers a better reading experience while simultaneously rewarding writers and content creators directly for their high-quality work.

This move is why I’m so excited to have had the opportunity to sit down with Caitlin Roman, Subscriptions Product Manager for Medium. Here are the highlights of our talk.

Why Medium Changed Its Model

As Medium evolved in recent years, leadership unpacked the data around ad-based products.
As they investigated this sort of publishing model, “It became clear the incentives for advertisers and readers were not in line,” said Roman, especially if publishers want to provide quality content to their audience. The advertising model rewards clicks and impressions over depth of reading. It’s a setup that prioritizes profit over powerful work.

As Ev Williams put it in his original announcement, ad budgets are top-priority with the current publication model: “Ad-driven publishers are rewarded on their ability to capture attention… Not to provide informed perspectives, be thorough, or even be factually correct. But to capture attention. As cheaply as possible. For a few fleeting seconds.”

Of course, Roman pointed out, Medium still needs to monetize (I think all publishers would agree!), but the company also wants to feel true to its mission of “providing unique perspectives and amplifying ideas that matter.”

Enter the new membership program. Tossing out the idea of “What’s the most clickable headline,” Medium set out to fundamentally align with readers’ needs by promoting good content to consume.

Medium offers an open paywall through a Partner Program anyone can write into.

Those writers are compensated with a portion of subscription profits. Their percentage of the cut is based on several engagement metrics, including the number of members who read the story, time spent reading, and “claps.” Claps are assigned by members – ranging from 0 to 50 – and indicate how much a reader likes a story.

According to Roman, Medium would like this to be a place where writers could get non-trivial financial support. And it seems to be headed in that direction in just a short amount of time. In October 2017, 58% of authors earned money, with their average payout being $122 per writer. The highest paid writer made over $2,000.

What’s the Value Proposition for Readers?

In theory, this paywall model is an incredible opportunity for publishers and writers. But what’s the perk for subscribers? At Medium, Roman noted, you can uncover unique ideas and perspectives that you won’t find anywhere else across a diverse spectrum of topics.

Fundamentally, the subscription is about exclusive content. Members get access to the best of Medium, including exclusive subscriber-only articles that aren’t free beyond a trial number (three per month for now). And there are other benefits, too. Subscription opens up access to audio versions of popular pieces and offline reading.

What Medium has found is that content, when done right, is its own value proposition. Roman added, “At the beginning, there was less clear of a hypothesis around what members would be willing to pay for — would it be the content only or some special features?” While audio and offline reading are well-received by members, the leadership’s sense now is it’s the actual content behind the member’s willingness to enroll.

How Medium Chose Their Paywall Rules

There are dozens of trial models businesses can implement to monetize their content. So, how did Medium land on their current “3 free articles per month” rule?

Roman said the paywall has evolved since it launched last March. While in beta mode, the value proposition was more around supporting the mission of Medium because they didn’t have a robust offering yet. It was the diehard fans who signed up first.

At first, the exclusive content was strictly behind the paywall. In fact, there was a credit card form on each article. Needless to say, it felt a little heavy-handed.

Then, Medium moved to three free articles per month, but you still had to log in with a free Medium account to access them. It did better than the original plan because readers got a taste of the exclusive content before they subscribed. It also allowed for some lead gen, as Medium could then educate people about the offering.

But that wasn’t quite right either. Writers offered Medium some feedback. The registration element was still leading to drop off, and writers could feel it in terms of their distribution.

Most recently, Medium launched a “logged out” meter, offering three articles per month, most of which are readable without a registration wall.

On the publishing end, any publisher, small or large, can participate in the Partner Program. Or, on the alternate side, anyone can continue to write for free. It’s a choice left up to writers as they produce their work.

As we’ve noted before, people will pay for content—provided the content is actually good stuff. Last March, when Medium first launched their new model, the subscriber base was an invite-only ticket. Subscribers were built of very loyal cohorts who were willing to pay to support the mission of the company.

But at this point, Roman divulged, it’s a lot less about the support of Medium, it’s more about supporting writers of quality content. Under Medium’s new model, subscribers have found themselves in a new position of power. It’s the only place where membership fees can go directly to supporting a community of writers and their work. By “clapping” for an article, readers are saying, “I really like this article,” and the author is compensated for excellence as a result.

What’s Next for Publishers

Medium is in good company, Roman noted: “The industry-wide trend toward paying for content is very encouraging – both The New York Times and The Washington Post, among others, have built successful paywall models.” And where giants lead, smaller publishers often follow. It seems Medium’s plan to fix the broken media model is moving in the right direction.

Subscription models are an effective way to monetize content because it aligns incentives for both readers and publishers. And as more and more publishers hop on board, readers are learning that good content doesn’t come free.

Under these kinds of models, optimization is no longer about clicks. It’s about encouraging dedicated readership through high-quality work. Instead of asking how publishers can get people to open a piece, publishers can focus on the important questions. Or as Roman asked, “How do we double down on interesting ideas and perspectives? How do we provide the best quality possible?”