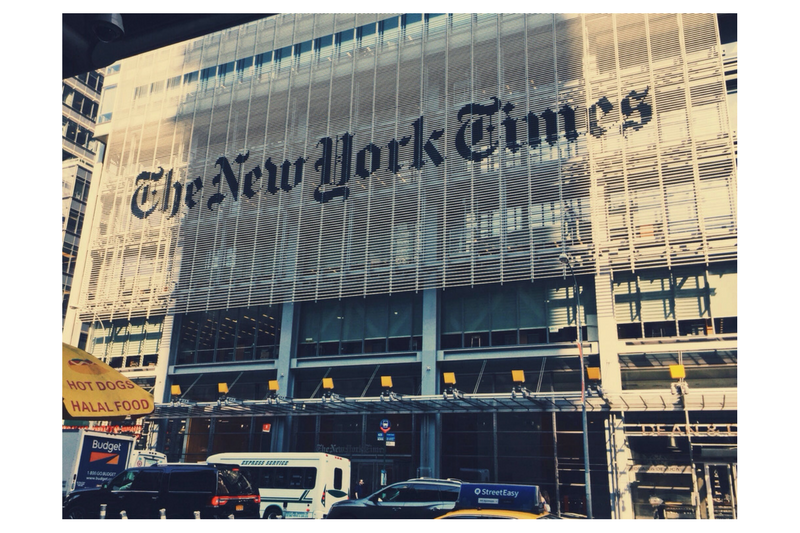 For years now, pundits have been sounding the death knell for traditional media. But in 2017, the New York Times did something truly phenomenal. They made 60% of their annual profit from subscriptions. Due largely to a huge increase in digital subscriptions, the publishing giant surpassed the $1 billion revenue mark for total subscriptions.

Putting a definite smile on the face of shareholders, NYT stock is now up more than 10%. It’s clocking in at $24/share—the highest level in over a decade. In addition to a healthy subscriber base, The Times saw a 14% rise in digital advertising revenue in 2017 for a total of $238 million.

The Digital Future Is Now

Despite strong increases in digital ad revenue in 2017, print revenue continued to fall at The Times (much as it did at every other print publication). It slipped a total of 8.4% over 2016’s totals. But the 166-year-old institution appears to have seen the writing on the wall. They have a stated goal of reaching $800 million in digital business by 2020.

They’re well on their way to reaching that goal, and if growth continues at the current rate, they might even hit that target early. What remains to be seen is how long the print arm of the company stays profitable. It’s hard to imagine The New York Times as a strictly digital publication. But the last year has shown how very real—and feasible—that possibility is.

While The Times’ smart efforts to increase digital advertising have been key to its recent success and growth, the real power comes in their ability to connect with readers. “We still regard advertising as an important revenue stream,” CEO Mark Thompson said, “But believe that our focus on establishing close and enduring relationships with paying, deeply engaged users, and the long-range revenues which flow from those relationships, is the best way of building a successful and sustainable news business.”

At the end of the day, readers are only going to pay for content they find compelling. By employing seasoned journalists who pen high-quality stories, The Times is focusing on producing news of the highest caliber. As an added bonus, the digital element allows editors to more directly measure impact through reader tracking.

The Times is then using that valuable data to further tailor their coverage to be more informative and engaging. This has ensured not only an increase in overall site visitors but also an increase in the amount of time each visitor spends on the site. The average visit in 2017 was around five minutes. That’s 35% higher than the same number for 2016.

When all is said and done, print looks like it will continue to decline. But if The New York Times—a stalwart icon of old media—can find a way to thrive in a digital world, anyone can. They’re showing, once again, that monetizing your content comes down to knowing your audience and providing them with something of true value.

The Times’ success may be due, in part, to increased consideration of its offerings following the 2016 election cycle. It’s a phenomenon that has been called the “Trump Bump.” The Times has often been decried by President Trump as “the failing New York Times” and “fake news.” But readers have flocked to the site in droves. And The Times has done all the right things to capture—and retain—their attention.

Making the most of their newfound spotlight, The Times even offered a “Sponsor a Subscription” program. It allowed readers to buy cheap digital access to their website for high school students. It was a massive success and netted enough money to add over 1.3 million student subscribers.

What trend or buzz can you leverage to grow your brand?

How Sterling Woods Can Help

The Sterling Woods Group teaches clients our five forces to methodically make more money online. The goal: make sure you lock in double-digit growth year after year using the power of digital media. Many companies have experienced over 50% growth using our system. Beyond the financial benefits, clients tell us that – for the first time in years – they feel truly focused.

We offer workshops, coaching, and keynote speeches. Sterling Woods is also an agency that launches new digital initiatives, so clients don’t have to add overhead. Our agency business model is unique in that most of our fees are based on performance.

Rob is the author of A Member is Worth a Thousand Visitors: A Proven Method for Making More Money Online, set to be published in 2018. He regularly speaks at key media conferences, including at Niche Media events, Specialized Information Publishers Association meetings, and the Business Information and Media Summit.

PrevPreviousStop Making Magazines Now!﻿
NextComing Soon: A Member Is Worth a Thousand VisitorsNext 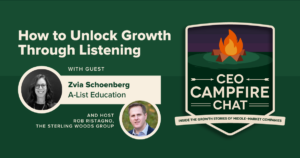 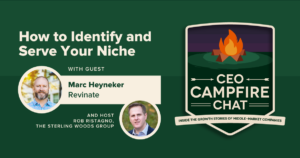