Want to Grow Twice as Fast? How One Number Can Boost Digital Revenue 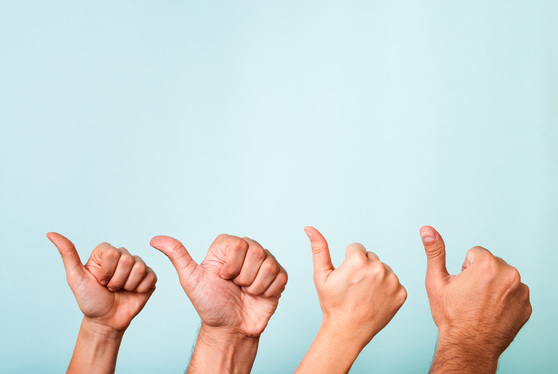 “Would you recommend us to a friend?”

Chances are you have responded to a survey that asked you how likely you were to recommend a product or service to someone you know. It’s likely the company was running a “Net Promoter Score” or “NPS” survey. NPS is one number with a lot of power.NPS is a way to measure the loyalty of your customers. Fred Recihheld of Bain and Company developed this methodology. Bain’s research shows a correlation between NPS and revenue. They found companies with the highest scores in their category grow at over twice the rate of the category average.

In this article, I’d like to share some practical ways to implement NPS in your business to drive growth in paid digital memberships and other digital revenue streams. To understand more about the theory and research behind NPS, I recommend you pick up a copy of Reichheld’s The Ultimate Question 2.0.

What is Net Promoter Score (NPS)?

The beauty of NPS is that it is easy, practical, and actionable. For those of you unfamiliar with the methodology, here is a quick summary.

You simply ask customers, “How likely is it that you would recommend [your product/brand] to a friend or colleague?” Then provide a scale from 10 (“extremely likely”) to 1 (“Not likely at all”).

Anyone who responds 9 or 10 is considered a “Promoter.” This group, according to the research, has the highest retention rate, profitability, and cost efficiency (e.g., they’re not tying up your resources complaining!). They also serve as brand advocates and generate word-of-mouth referrals for you.

Anyone who responds 8 or 7 is “Passive.”

Anyone who responds 6 or lower is a “Detractor.” (Yes, we live in a world of grade inflation so a 6 is bad). This group tends to have low retention rates and is costly to serve. They may also damage your reputation in the marketplace with negative word-of-mouth.

You should also ask a free response question such as “What is the primary reason for the score you just gave us?” or “What is the most important improvement that would make you rate us closer to a ten?” to get specific action items you could take to increase loyalty.

You may also want to ask for permission to follow up with the respondents and get their contact information. If you go this route, make sure you follow up with all the Detractors, or else you’ll get even more bad press.

That’s a bit of a trick question. Best-in-class firms such as Apple, Amazon, and Costco have high scores around 80, while average businesses have a score of 10-20.

However, what’s most important is to benchmark where you are today and come up with specific programs aimed at improving the score and thus profitability of your customer base.

To drive meaningful insights with NPS, you need to segment your customer base. Looking at NPS across 3 to 5 different groups provides more value that looking at NPS on average for your entire customer base. It helps you more precisely diagnose where issues may be. Also, there may be good a reason for a higher score with one group relative to another. For example, you should expect higher scores from people who have been customers for a long time.

What to Measure for Paid Digital Membership Sites

For paid digital memberships, I have found it insightful to measure NPS at various stages along the customer funnel. This will provide insights into how to move customers along in their journey.

For one client, we divided the universe into these four groups

You might assume that NPS gradually increased from group 1 to 4. However, we were surprised to find out that the group with the lowest NPS was actually Group 3. Upon analyzing the free response answers and speaking with a few customers in this bucket, we learned that we had to do a better job with content discovery. People were excited during the trial period and did a lot of exploring of the content. After a few weeks, though, these customers were a bit lost and needed some nudging to engage with the content.

Once you have zeroed in on a problem and implemented a solution, re-examine your NPS to see if it improved as you expected. We saw NPS rebound for Group 3 once we implemented a better search tool.

How to Implement Net Promoter Score

If the platform you’re on doesn’t automatically monitor NPS for you, here is a quick and dirty idea. Use something like Google Forms or Survey Monkey to create the NPS survey (as described above). Create one survey for each of your segments (trial customers, first year customers, long-time customers, etc.) and send it out to a sampling of customers within each segment. While segmentation is critical, be careful about segmenting too finely. You’ll want at least 30 responses per segment to have meaningful data.

Make sure you communicate your results broadly across departments. Create a sense of urgency. Take action on what your customers are telling you.

For one company, Bain found that over a customer’s lifetime, a Promoter generates $9,500 more in profits than a Detractor! So, there is real economic upside to getting started ASAP.

How The Sterling Woods Group Can Help

We help you monetize your digital content by launching a paid digital membership business for you. We are a one-stop shop that will: