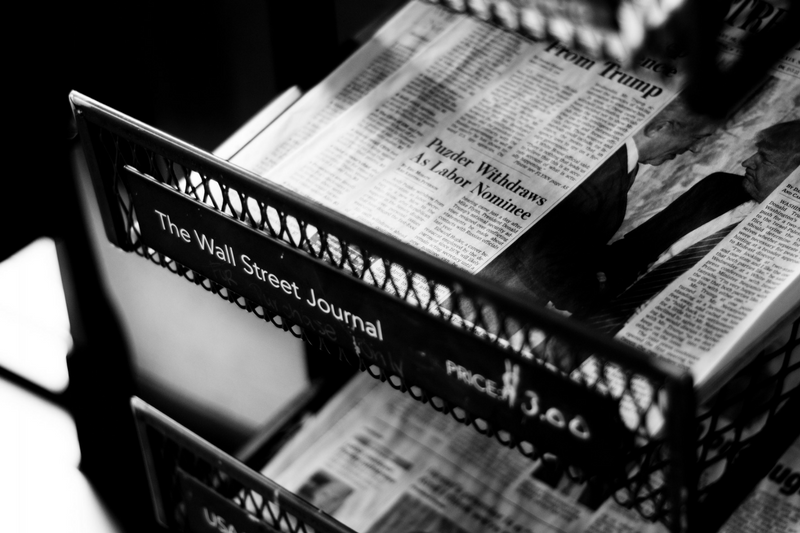 You’ve most certainly heard other content creators and publishers mention data journalism, especially if you following any coverage of the 2016 presidential election last year. But is data journalism part of your strategy? Should it be?

Here we’ll explore the rise of data journalism in recent years, its significance for digital publishers, and how you can go about supporting your content with numbers going forward.

You can trace the roots of data journalism all the way back to 1854. That’s when John Snow (a physician, not the Game of Thrones character) mapped out cases of cholera to try to better understand its outbreak in London. He overlaid bar graphs of cases over a neighborhood map in an effort to find patterns of outbreaks by area. His report showed that outbreaks clustered around a certain, specific water pump on Broad Street. Thus, the town realized there was something wrong with that water supply. (Turns out it was a dirty diaper… gross.)

Now, you can find data journalism everywhere. Personally, as a lifelong Baseball fan, I’ve been consuming data journalism ever since I was a kid. Every morning I would wake up to read the box scores in The Boston Globe. And if you’re into politics, you probably regularly read about polling, election results, and approval ratings.

The Acceleration of Data Journalism

So data journalism is not new. But it has increased in popularity recently for several reasons.

1. Analysis tools are more readily available. Almost everyone has access to Excel, Numbers, and/or Google Sheets. It’s easier than ever to collect and compile data to support your storytelling.

2. Visualization tools are easier to use. Furthermore, there are myriad easy-to-use visualization tools that enable just about anyone to make attractive maps, charts, and infographics without much technical know-how. I recently came across Datasplash. It’s a free tool created by Washington D.C. area professors Lorens Helmchen, Chenna Reddy Cotla, and Thomas Stratmann that helps students bring their data analyses to life.

Canva, Infogr.am, and Piktochart are all services who also offer simple templates for creating data visualizations without the need to employ a graphic designer.

3. Open data has made more information accessible to the public. Governments and other non-profit agencies have released thousands of databases for anyone to use. It’s now possible to repurpose and reuse a variety of kinds of information that weren’t available to the public in the past.

Here’s some troubling data: A BuzzFeed analysis found fake election news outperformed real news in terms of shares, comments, and reactions on Facebook during the final three months of the 2016 election. Fake news is everywhere—and it’s more than just annoying.

It may seem trivial, but fake news has a real impact on people’s lives. In one case, a false news story about Ebola and Kaci Hickox, a Doctors Without Borders nurse and Ebola volunteer, led to Kaci’s landlord evicting her.

In an era of deceptive storytelling, backing up your theories and assumptions with evidence and numbers is critical. Data provides authenticity to a story and boosts its authority. There is an opportunity for creators of quality content to use the tools of data journalism to build a loyal audience and differentiate themselves from the competition as a resource readers can trust.

Who Is Doing It Well

For evidence of awesome data journalism in action, look no further than the 2016 winners of the Data Journalism Awards. Here are some of our favorite examples if you’d like to take a look:

Using Data Journalism in Your Own Strategy

Ready to get started? There are helpful free resources that can help you collect data and turn it into useful content assets. One we like is the free course from European Journalism Centre, Doing Journalism with Data: First Steps, Skills, and Tools. This course shows you how to investigate better, sort and filter your findings, and choose the right kind of visualization to strongly impact your story.

How Sterling Woods Group Can Help

At The Sterling Woods Group, we can help you identify areas of opportunity to create more data journalism. In fact, we can create a database out of all your fact-based journalism efforts and help you put the archives behind a paywall so you can monetize it.

Want to learn more? Contact us at info@sterlingwoodsgroup.com for a free 30-minute consultation.

About the Author, Rob Ristagno

Rob Ristagno is the founder of The Sterling Woods Group and partners with companies to drive rapid digital revenue growth. Prior to creating Sterling Woods, Rob served as a senior executive for several niche media and e-commerce companies. Rob started his career as a consultant at McKinsey and holds degrees from the Harvard Business School and Dartmouth College. He has taught Product Strategy at Boston College.

Predictive Analytics & You: How to Make Data Work for Online Publishers