What Journalists Think of Paywalls 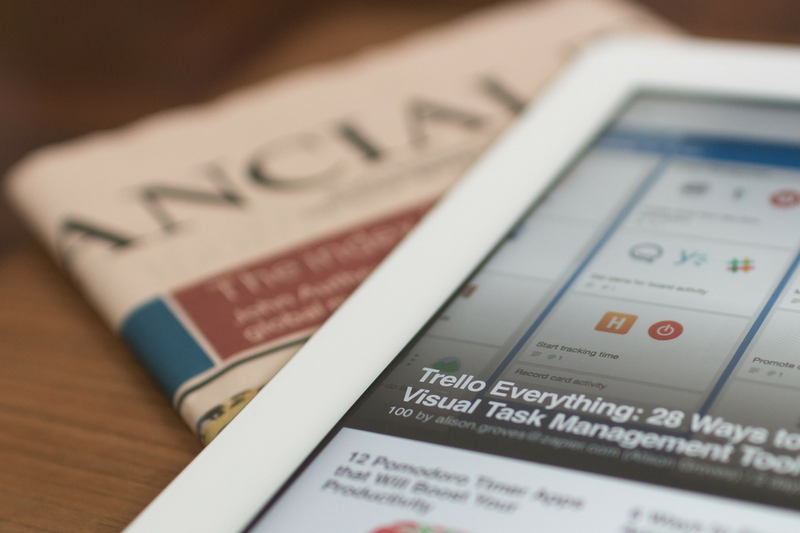 This Spring, we worked with Betsy Parks of Emerson College to conduct a research project that went straight to the newsroom. We asked journalists about their attitudes toward charging for access to digital content. Here are the findings.

As the publishing industry continues to adapt to digital content, the challenge of converting readers from expecting free to accepting paid content remains. How can journalists create material that makes an audience willing to pay, while also maintaining editorial integrity?

To find out more about journalists’ attitudes toward charging for content, I interviewed eight editing and publishing professionals. They come from a mix of models, from heavily ad-supported to heavily reader revenue-supported. These interviewees, who have a front-row seat to the evolution of digital content, are uniquely positioned to weigh in on what works and what doesn’t.

What Audiences Crave Most

Paid content is most valuable to readers when it’s well-curated, well-edited, and imbued with a unique voice or angle. (In other words, you can’t find it somewhere else on the web for free.) Above all, the content must be created in an environment that values quality over quantity.

All respondents agreed that the key to creating meaningful content is asking editors to spend time identifying their specific audience. Editors must anticipate what those readers want and create useful, tailored content for that narrow audience rather than produce large volumes of content aimed at a broad audience.

“Nobody’s going behind the paywall for a lower level of quality,” said Noelle Swan, Science, Technology, and Environment Editor from The Christian Science Monitor (CSM).

“Writers need to work with a seasoned editor from beginning to end to ensure that the content is superior,” said Jacqueline Kolgraf, co-founder and editor of United By Pop. “Rounds of editing, elite expertise, or exclusive information are all worth paying for.”

“Frequently, it comes down to a lack of vetting,” said Emily Mell, Assistant Site Editor for Tech Target. Mell pointed to Buzzfeed as an example. “Several years ago when [Buzzfeed] got started, it was primarily well-written, researched, and interesting articles. The editorial value was quite high.”

However, the site later turned her off as a reader. It evolved, allowing community members to write and create content, which often meant “listicle” articles and quizzes.

“Good writers and good researchers know how to put content together well. The people in charge are cutting corners on the parts that really matter. Places like Buzzfeed are cutting out big pieces of editorial, and it shows.”

Focus on Your Audience, and Think Differently

Both Swan and her colleague, Education Editor Kim Campbell, noted that CSM has changed their approach. They’ve moved from aiming to appease a broad-audience to a model curated for their specific audience.

“We were trying the Buzzfeed model,” said Swan. “We were chasing trends. But everyone was writing the same story, and you could access news anywhere that was free,” she said. Now they aim to provide something different.

“We’ve only been able to do this because we’ve abandoned the SEO model. We were valuing speed over depth. By breaking away from that model and using that added time to build up that distinction and voice, I think we are now producing a product that is premium.”

“We do still hit some of the major news of the day,” said Swan, “But we try and hit it a different way. We also try to bring in stories that are not already in the zeitgeist that we feel are important.”

Ask Yourself What You Wish You Knew

I asked each journalist what they wished they knew about their audience in order to perform better.

Mell feels her publication’s strategy is fairly well-defined, but that often, they can make only educated guesses as to what readers want. She said that her company uses Google Analytics and many other free tools to research their audience and make editorial decisions, but there must be a balance between numbers and instinct. There is no substitution for human interaction.

“We will write on a subject that we think is going to be relevant—a big hitter. Then after a month or two, nobody cared, and we have to figure out why,” she said.

Swan and Campbell described an internal analytics tool that CSM is developing to define their audience response to stories. The system uses quadrants to chart how stories perform with readers (both current subscribers and non-subscribers) against how editors rank their execution and distinction. According to Mell, “The only way, really, for us to understand our audience better is to be out talking to people [in the industry].”

To improve their content and better serve a given audience, journalists need to be willing to understand their subjects, research what readers are looking for, and anticipate angles other publications haven’t hit on yet. Mell also emphasized how important it is for writers and editors to rely on their editorial team.

“Communicate with people you’re working with on your projects, and use the resources around you—the people you work with. You don’t have to, and shouldn’t, go it alone,” said Mell. “Trust your gut—but sometimes guts make bad decisions.”

Balance Editorial Integrity With Giving Readers What They Want

All respondents agreed that finding the sweet spot, where editorial integrity and upward trending analytics gel, requires understanding the numbers and cultivating good instincts. “We have that conversation every day,” said Swan. “When big news breaks, it’s not, ‘How we are going to cover it?’ It’s, ‘What we can bring to it?’”

“It boosts your intuition a little bit,” Campbell said about using analytics to cater to readers. “You get a little bit better sense of where readers are at.”

“It’s a really blurry line, and think that’s a line drawn in the sand, and every day it’s going to shift a little,” said Mell. “Editorial integrity is very important to anyone who is in editorial, even though a vast majority of readers aren’t thinking about what they’re consuming as something of editorial integrity. But if you lose it, everyone is going to notice.”

The respondents expressed mixed emotions towards paid content. As editing and publishing professionals, they all supported paid content. However, as readers, they acknowledged there are arguments in favor of free content.

Mell explained that she (like many adults who grew accustomed to free web content in the early days of the internet) found it hard to rationalize paying for articles. However, as someone in the business, she understands that paid content keeps publishing companies alive and journalists employed.

“There’s no way that the internet will continue to be completely free the way that we have gotten used to it. As a rational adult, I am perfectly fine with organizations that have decided to start charging,” said Mell.

Swan echoed that sentiment. “As a consumer, I really balked at the idea for years,” said Swan. “That thinking has evolved, and I’ve become more aware.”

Two arguments in favor of free content emerged from my interviews. One was about the quality and gravity of content and the other about informing society.

Most publishers choose to provide a certain amount of content for free before readers hit a paywall. Mell sums up the rationale behind that approach: “One problem with paid content is being unsure of whether it will be relevant to you or not before you pay. There have been a handful of times when an article I wanted was behind a paywall, and I didn’t know if it was relevant or not. I would have paid for it if I knew they were useful,” but she ended up choosing not to take the gamble and pay for the content.

You may know that your content is unique, thoughtful, and valuable. But if your readers can’t see this for themselves before paying for content, you might have difficulty with conversion.

The other threat to conversion is a lack of value. “You can only charge for worthwhile content,” said Tamara Grasty, intern for the Managing Editor at Houghton Mifflin Harcourt. “A personal blog, for instance, would not have enough value to charge for.” While there are bloggers who are passionate about sharing their adventures in backyard gardening or detailing their latest family vacation, these endeavors do not have the gravity to warrant a paywall.

Then there are questions of maintaining an informed society. Do citizens have a right to be informed about issues affecting their communities and countries? And do publications have an obligation to provide this information to everyone? Our interviewees seem to think so.

“I think the message being sent that places a value on what journalists are doing is a valuable one. But not everyone can pay for news, and it raises questions of an informed society,” said Campbell.

Kolgraf agrees: “When it comes down to news stories, I feel like those should be available for public consumption and not behind a paywall for the good of the community and country.”

PrevPreviousWhat Drives Subscribers, In Their Own Words
NextMedia Experts Weigh in on Trends at SIPA ConferenceNext